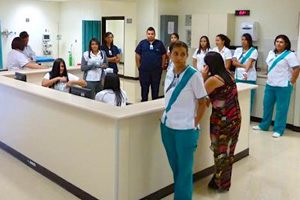 A list of common diseases or illness found in Costa Rica, many of which can be found just about anywhere in the world.

The highest risk foods include custards, mousses, potato salads, hollandaise sauce, mayonnaise, seafood, salads, raw vegetables, grapes, strawberries, and raspberries. Be smart and make good judgment calls. If upon walking into a place it looks dirty or smells bad, it probably is. And even though one may think buying food from a street vendor is a cultural experience or that one is helping the person, one may want to think twice because many lack adequate refrigeration or cooking and lead to stomach cramps, vomiting, or diarrhea.

It is less likely to contract this since the water in Costa Rica is treated and tested by the Costa Rican government every couple of months in a laboratory by each municipality. Nevertheless, this is not to say that it is impossible to contract. This is possible if untreated water is used to wash or prepare food, the food can become contaminated with disease-causing organisms.

Water-borne diarrhea illness usually results from the ingestion of viruses and parasites in water contaminated by human or agricultural fecal waste. During rainy season in Costa Rica and especially in underdeveloped beach areas, it is highly recommended to drink bottled water as sometimes the salt water can contaminate the fresh water tanks due to the heavy rains and waves.

If someone does get sick with any of the above three illnesses, it is VITAL that they stay as hydrated as possible. Becoming very dehydrated from these illnesses can lead to death if one do not take care of the issue. For every time a liquid comes out of someones body, it is recommended that they need to replenish that about three times. Stay away from sports drinks and dry and drink what Costa Rican’s call “suero” which is an oral way to replenish the body it is sold in any pharmacy. If someone does not get better then they will need to head to the hospital for an IV.

The most common medical problem affecting travelers to Costa Rica and any other developing countries and other major tourist destinations is traveler’s diarrhea. Travelers’' diarrhea is an intestinal infection caused by bacteria, parasites, or viruses transmitted primarily from contaminated food or water. In Costa Rica the main source is from Salmonella bacteria in bad food. The symptoms of this illness are nausea, stomach cramps, vomiting, and of course diarrhea.

Episodes of this illness can begin abruptly, either during travel or soon after returning home. This illness is avoidable. The risk of illness will depend on the quality and purity of the food and water consumed, and the use of good personal hygiene practices. One of the best ways doctors say to avoid this; is to eat yogurt (along with other foods in a balanced diet) from the country being visited for the first three days, so one's stomach is assisted in the adjustment period to local bacteria.

This seems silly that someone can catch a cold in such a warm tropical climate, but it is entirely possible and very common. In Costa Rica, locals are always complaining that they have what Costa Rican's call "gripe." What is "gripe"? Basically it is any type of cold or flu symptom and Costa Ricans believe it can be contracted in about a million ways. One of the main ways is walking around bare foot. Gripe includes any of the following symptoms either separately, together, or any combination: headache, body aches, runny nose, sneezing, watery eyes, soar throat, cough, vomiting, diarrhea, mild fever, etc.

One may hear of people doing silly things to avoid "gripe" or to cure it. Leaving the house with wet hair could be a cause. A common cure is hot lemonade with honey. Of course this cure tends to work since the vitamin C is stimulating one's immune system and it is delicious. Curing gripe is just like any cold and flu with rest, lots of fluids, and vitamin C. One can avoid this illness by keeping clean, washing hands frequently or with alcohol gel, and not sharing food and drinks with people. Flu shots are available at any public or private clinic.

Dengue does happen in Costa Rica, but is not as common as the above illnesses and usually only happens to people who venture deep into the rainforest, are in areas with lots of standing water, or commonly in the province of Limon. Dengue cases have also appeared in San Jose. The type of mosquito that gives dengue bites during the daytime only. The worst hours are early morning and in the afternoon. The rainy season is also much more prone to dengue cases than summer time.

Dengue fever and dengue hemorrhagic fever (DHF) are viral diseases transmitted by certain types of mosquitoes. There are actually four dengue viruses: DEN-1 through DEN-4. Dengue is immunologically related, which means that even if someone is infected with one type they can still get the other three.

Plain Dengue Fever is much like catching a nasty flu virus. The symptoms start about 4 to 7 days after being bitten. Symptoms include sudden onset of a high fever, severe headache in the frontal lobe, joint pain, and muscle pain. Many people experience nausea, vomiting, and rash also. The rash appears 3 to 5 days after onset of fever and sometimes spreads from the body to the arms, legs, and face. Normal dengue is not usually fatal.

Another type of dengue known as dengue hemorrhagic fever (DHF) is the fatal version. The symptoms usually include the same one for normal dengue but at a much more sever level. If someone has or thinks they might have this type of dengue it is critical that they seek medical attention as soon as possible.

There is currently not a vaccine available for dengue; therefore,  there is nothing one can do before coming to Costa Rica. There are however, ways to reduce the risk of acquiring dengue:

* the most effective repellents are those containing N, N-diethylmetatoluamide (DEET)

Important Note: DO NOT take aspirin. If this is the hemorrhagic version, it makes matters worse.

Usually this is not a major concern because most people from North America have been vaccinated against these types of diseases throughout the years at least type A and B. However, there are not vaccinations to prevent Hepatitis C, and D. These are spread through contact with infected blood, blood products or body fluids. This means mostly sexual contact, use of unsterilized needles (or shaving stuff), blood transfusions, or contact with infected blood through small breaks in the skin or gums.

These can be avoided by using protection during intercourse. Costa Rica does have all the same prevalence of STDs as in any other country found in the world. Do not trust an unknown partner regardless of how convincing they might be. Even a perfectly healthy looking person could be a carrier and transmit an STD. STDs can affect one's fertility, could lead to cancer, and in some cases death.

With the high rates of prostitution and drug use there are higher rates of AIDS in these groups. Syphilis is also very common with 6% of the sex workers testing positive. Herpes is even more common lots of people have some form or another. Chlamydia , Gonorrhea, and the ever common and growing rates of Human papillomavirus (HPV) are prevalent.

As for AIDS known as SIDA in Spanish, it is under reported in Costa Rica due to the shame attached. Even if someone has the disease they may not know since testing is not common. And if they do know they do not want anyone else to know.  There have also been groups who resent the fact that they have HIV/AIDS so they knowingly spread it to others. Practice safe sex to try and avoid such unpleasant things.